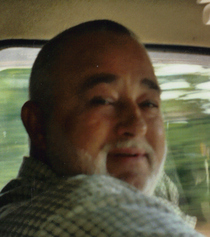 William A. Payne,  age 62 of Carlisle passed away Saturday April 19, 2014 at his residence. William was born in Tazewell, VA. The son of the late Johnny and Goldie (Boothe) Payne. He was employed at Fraley Trucking as a truck driver. He was a member of V.F.W. and the Middletown Moose. In addition to his parents he was preceded in death by a son William Kish. He is survived by his wife Cynthia, son Bobbie Brown; daughter Holly Brown; brother J.D. Boothe; sisters Maggie Will and Sheila Johnson and one granddaughter Katelyn  Kish. Funeral services will be held 11:00 a.m. Friday April 25, 2014 at the Arpp & Root Funeral Home, Pastor Shannon Wooten officiating. Burial will take place at Germantown Union Cemetery. The family will receive friends 6-8 p.m. Thursday at the funeral home.

To order memorial trees or send flowers to the family in memory of William Payne, please visit our flower store.