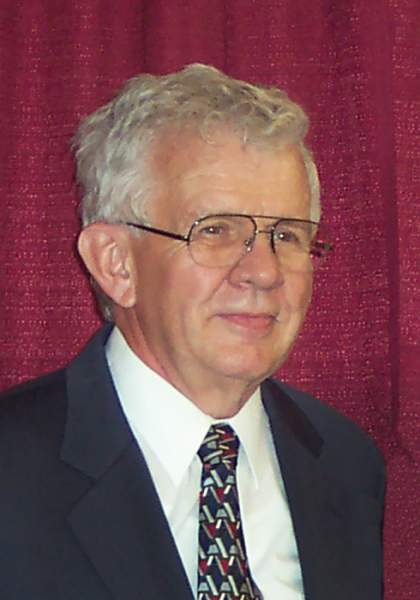 Applegate, Thomas Marvin, age 82 passed away October 31, 2018.  He was born in Spiceland, IN on June 22, 1936 to the late Kenneth and Dorothy Applegate.  Tom was a 1954 graduate of Spiceland High School, attended Earlham School of Religion and earned his Bachelor’s degree from Earlham College, Richmond, IN in 1959 and in 1975 earned his master’s degree from the University of Dayton. Tom married his wife Carolyn on June 14, 1957 at the New Castle Friends meeting.  He served as pastor for the Religious Society of Friends (Quakers).  He served as pastor for Economy, IN Friends meeting (1958-1961), Sabina, OH Friends Meeting (1961-1967), and Wilmington Yearly Meeting Team Ministry Experiment in Clinton County, OH (1967-1969).  Tom taught school at Adams Township (1961-1963) and at East Clinton Schools (1963-1967).  He taught and coached basketball at Dayton City Schools (1969-1997), he taught at Grace A. Greene Elementary, MacFarlane Middle, and Fairport Intermediate Schools.  He also taught at Dayton Dunbar High School (1987-1997) and served as head basketball coach (1991-1997).  Tom was also a published author, writing an autobiographical book, Living a Dream with Coach Gate, in 2004.  The book was an account of his life experiences and focused on his passionate love for the sport of basketball and his realization of his lifelong dream of coaching and connecting with young people through basketball.  As a member of the Dayton Friends Meeting for the past 27 years, Tom showed his deep love for this community by serving on various committees and other capacities as discerned by the meeting.  This included, at times, representing the meeting at events in the wider Dayton community as well as the Ohio Valley Yearly Meeting.  Tom was a member of the Lions Club in Economy IN (1959-1961) and in Sabina, OH from (1962-1967).  He was Chairman of the Sabina, OH Ministerial Association (1963-1965) and a social worker in the first Head Start Program in Sabina, OH.  He was chairman of the Wilmington Yearly Meeting Camping Committee (1965-1967) and was a camp director at Quaker Knoll Church Camp in 1968.  He was chairman of Wilmington Yearly Meeting Ministry and Council (1967-1969).  More recently he had volunteered for Habitat for Humanity, the Dayton Dialogue on Race Relations, and St. Vincent DePaul homeless shelter in Dayton, OH.  Along with his parents he was also preceded in death by his sister Patricia Andrews and foster son Craig Reeder.  Tom is survived by his wife, Carolyn Groves Applegate, son Thomas Scott (Krisann) Applegate, daughter Teresa S. (Al) Scarpelli, son Trent Applegate, daughter-in-law Kate Reeder, grandchildren Julie and Lisa Scarpelli and Thomas A. and Steven T. Applegate, his sister Priscilla Duttenhaver, his brother David (Sheila) Applegate, brothers-in-law Merlin (Evelyn) Groves, Marvin (Margaret) Groves and numerous nieces, nephews and cousins.  Tom passed away after being diagnosed with pancreatic cancer in January. The family would like to express much appreciation to Hospice of Dayton, OH for their compassionate service to Tom and his family.  Visitation and a memorial service will take place under the care of Dayton Friends Meeting at Grace United Methodist Church, 1001 Harvard Blvd (intersection of Harvard Blvd. and Salem Ave.) on Saturday, November 10, 2018.  Visitation will begin at 11:00 a.m.  The memorial service will be un-programmed silent worship in the manner of Friends and will take place from 12:15 to 1:45 p.m.  There will be a simple meal following the service.  In lieu of flowers memorial gifts may be made to one of these organizations:  Paul Laurence Dunbar Alumni Association (academic/athletic scholarship),  The Pancreatic Cancer Action Network, or Dayton Friends Meeting.

To order memorial trees or send flowers to the family in memory of Thomas Applegate, please visit our flower store.