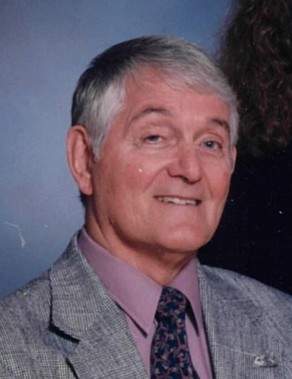 Landis, Theodore E. "Ted", age 88 of Germantown, OH passed away December 22, 2020 at his residence. He was born in Dayton, OH to the late Ray and Mabel (Arnold) Landis, graduated from Germantown High School, was a US Army Veteran who served during the Korean War and a member of Emmanuel's Lutheran Church in Germantown. Ted retired from City of Miamisburg where he worked in the water department and was the Mayor of Germantown for over 26 years. He enjoyed working around in his garage, was a jack of all trades yet a master of none. Along with his parents he was preceded in death by his daughter Karen Smith and his brothers Jim and Gene Landis. Ted is survived by his wife of 49 years, Sandra (Watson) Landis, his sons Gary (Joyce) Landis, Mike (Blanche) Landis, daughters Kim (Jesse) Charbneau, Brenda (Kelly) Combs, and Melissa (Tim) Vogel, his sister Phyllis Crickmore and numerous grandchildren, great grandchildren and extended family and friends who will miss him dearly. There will be a memorial service on Tuesday, December 29, 2020 at 2:00PM at Emmanuel's Lutheran Church, 30 W Warren St. Germantown. The family will receive friends prior to the service at the church beginning at 12:00PM until the time of the service.

**NOTE REGARDING MEMORIAL TREES**  Please note if you order a memorial tree for the family there is no way to find out where the tree is planted or a photo of the memorial plaque.  We have tried to get this removed from our website but unable to do so at this time.

To order memorial trees or send flowers to the family in memory of Theodore "Ted" Landis, please visit our flower store.