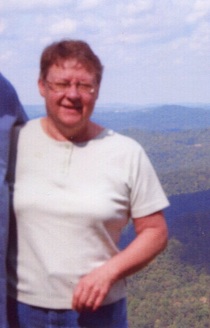 Byers, Sue Ann, age 66 of Farmersville passed away January 13, 2017 at Hospice of Dayton.  She was born to the late Gerald and Arlene (Hale) Kurtz and graduated from Farmersville High School and retired from Compunet.  Sue was a lifelong member of Farmersville United Methodist Church where she also sang in the choir.  She loved flowers and animals and was a member of the Gem City Squares.  She also enjoyed traveling, collecting Hull Pottery, shopping at thrift stores and antiquing (which she referred to as “junking”).  Along with her parents she was also preceded in death by her sister Debbie.  She is survived by her husband Rodney Byers, 4 children Chris Byers, Elizabeth Parks, Hilary Drumm (Timothy), and Regina (Ryan) Hynes, 2 granddaughters Mariah and Emily Hynes, her brother Mike (Holly) Kurtz, and sister Donna (Bill) Woodard, and numerous nieces, nephews, and cousins.  There will be a celebration of life on Wednesday January 18, 2017 at 11:00am at the Farmersville United Methodist Church, 110 W. Center St.  Farmersville, OH with Pastor Brian Thie officiating.  The family will receive friends one hour prior to the service beginning at 10:00am.  In lieu of flowers, the family requests donations be made to Hospice of Dayton, Farmersville Fire Department, or the Farmersville United Methodist Church in memory of Sue.

To order memorial trees or send flowers to the family in memory of Sue Byers, please visit our flower store.