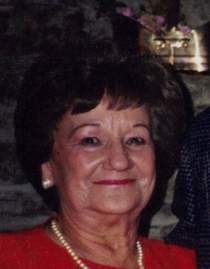 Sarah  H. Johnson,  age 80 of Middletown passed away Sunday April 6, 2014 at The Inn at Renaissance Village in Middletown. Sara was born in Middletown, OH, the daughter of the late Floyd and Martha Long. She was a graduate of Germantown High School and a member of Farmersville Eastern Star. A former member of Good Shepherd United Methodist Church. In addition to her parents she was preceded in death by her husband Harold Johnson; son Jack Johnson; brothers Stanley Long, Sterling Long, Edwin Long and Paul Long: sisters Stella Moyer and Dora Kirby;  She is survived by son Daniel (Joan) Johnson of Miamisburg and daughters Andie (John) Kellis of VA. And Angie (Alex) Lawson of Canada, sister Mildred Selby , 11 grandchildren, 6 great grandchildren and 1 great great grandson. Graveside services will be held 11:30 a.m. Thursday April 10, 2014 at the Springboro Cemetery. The family suggest if desired memorial contributions may be made to Hospice of Dayton. On line condolences can be sent to the family at www.arpprootfh.com. Arrangements entrusted to Arpp & Root Funeral Home Germantown.

To order memorial trees or send flowers to the family in memory of Sarah Johnson, please visit our flower store.