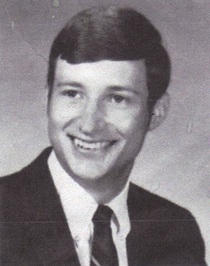 Evans, Roy, age 64 of Germantown passed away April 8, 2016 at Hospice of Dayton.  He was born in Birmingham, England to the late Leslie and Iris (Jones) Evans.  Roy was a 1970 graduate of Valley view High School and was an Engineer for Tom Smith Industries.  In his spare time he enjoyed working on cars and was a jack of all trades kind of guy.  Roy loved spending time with his family, especially his grandchildren and attending their sporting events.  Along with his parents, he was preceded in death by his wife Linda (Wies) Evans in 2013.  He is survived by his daughter Erin Evans (Joe Karns) of Germantown and his son J. Scott (Jennifer) Evans of Beavercreek, 4 grandchildren Dameon and Tylor Gau and Mason and Maximus Evans, one brother John Evans of Beavercreek and numerous nieces and nephews.  Funeral services will be held Thursday, April 14, 2016 at 1:00pm at the Arpp & Root Funeral Home, 29 N. Main St.  Germantown with burial immediately following at Germantown Union Cemetery.  The family will receive friends on Wednesday, April 13 from 6-8pm at the funeral home.  The family suggests if desired, memorial contributions be made to Hospice of Dayton.

To order memorial trees or send flowers to the family in memory of Roy Evans, please visit our flower store.