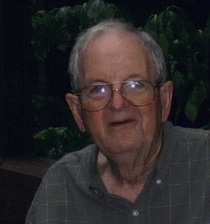 Stewart, Robert “Wayne”, age 86 of Germantown passed away April 19, 2016 at Kingston of Miamisburg.  He was born in Dayton, OH to the late Ora and Florence (Powell) Stewart.  Wayne graduated from Franklin High School in 1948 and worked many years as a Lab Technician.  He was a music lover and always enjoyed playing and watching sports including basketball, football, golf, and baseball, especially the Cincinnati Reds.  Along with his parents he was preceded in death by his son Robert Wayne II.  He is survived by his wife of 54 years June (Wright) Stewart, his son Michael Stewart, daughters Debbie (Bruce) Douglas, and Jami (Brian) Smith, his daughter in law Jody Stewart, sisters Marie Earach and Joyce (Kent) Libecap, 13 grandchildren and 8 great grandchildren.  In lieu of flowers, the family suggests donations be made to the Lewy Body Dementia Association at www.lbda.org.   A memorial service will be held at 1:00 PM on Wednesday, April 27 at the funeral home.

To order memorial trees or send flowers to the family in memory of Robert Stewart, please visit our flower store.