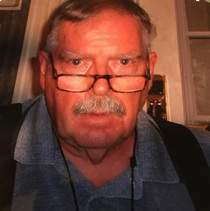 Knott, Robert, age 73 of Germantown passed away November 29, 2016 at Brookdale of Englewood.  Bob was born to the late Elmer and Martha (Addleman) Knott, graduated from Germantown High School, and retired from Ohio Bell as a lineman.  He spent time working for the Farmersville Police Department and the German Township Police Department, and devoted 25 years to the Germantown Pretzel Festival where he was on the board of directors.  He was part of the 178th Tactical ANG Fighter Group with the Ohio National Guard, BSA Miami Valley Council #444, and was also involved with the Boy Scouts of America, Miami Valley Council Scoutmaster, Troop 29, Assistant Scoutmaster Troop 61, Scoutmaster Troop 61, and a member of Troop committee of Troop 61.  He was part of the Order of the Arrow Miami Lodge 495 as an Ordeal Member, Brotherhood Member, and Vigil Member, he was also a member of the Communication Workers of America Local 4322.  Along with his parents, he is preceded in death by his sister Cathy Harman.  He is survived by his brother Ron (Linda) Barnhart of Brookville, and his sister Carole (Lee) Caron of Lewisburg.  Funeral services will be held Wednesday, December 7th, 2016 at 10:30am at the Arpp & Root Funeral Home, 29 N Main St. Germantown with burial immediately following at Germantown Union Cemetery.  The family will receive friends on Tuesday from 6-8PM.  In lieu of flowers, donations can be made to the American Cancer Society or Brookdale Hospice of Dayton in memory of Bob.

To order memorial trees or send flowers to the family in memory of Robert Knott, please visit our flower store.