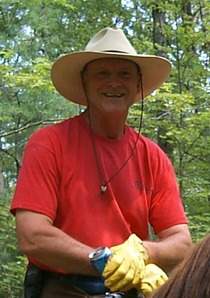 Celebrating the Life of Richard Queen

Richard Lee Queen (affectionately known as Dick) was born on September 23, 1947 in Bud, West Virginia.  He was the second of three children born to Richard and Virginia Queen.  He was married at the age of 19 in 1966 to Elaine.  He played football at Eastern Kentucky University and entered the Army in 1967.  After the Army he finished his degree in physical education from Central State University.  Richard and Elaine had two children, Heather Queen and Eric Queen and they moved to Germantown, OH in 1975.

Dick’s passion was playing and coaching sports and he loved playing ball with Eric and Heather.  He coached many of their friends in football and softball over the years and taught the value of hard work and persistence.  Dick always loved horses and as a young boy he rode a pony and watched his family work horses on a farm.  He was born at the end of the Cowboy generation.  In 1975, Dick and Elaine saved a starving mare and her foal and began to raise their family with horses.  He was always happiest riding a horse on a trail in the woods.  Dick raised and trained some legendary trail horses.  He led his family on some epic camping and trail riding adventures where 16 hour rides were just a Queen tradition.  Many will remember his famous words, “Mount up, we’re here to ride!” (Even in pouring rain).

He was preceded in death by his father Richard Earl Queen and his mother Virginia Vance.  He is survived by his two sisters, Virginia Kellogg and Brenda Morse and his two children Heather Queen (Rob Mlakar) and Eric Queen (Andrea Queen).  He loved his three grandchildren Noah Mlakar, Wyatt Mlakar, and Sophia Queen very much.  He was also lovingly known as “Uncle Dick” to his nieces and nephew, Jane Muro, Sheri Kellogg, Karla Hyham, Stacey Hurtado, and Bryan Morse, and their children.  He was a father, grandfather, friend and mentor to many.  He will forever be missed.  Ride on Dick Queen!

To order memorial trees or send flowers to the family in memory of Richard Queen, please visit our flower store.