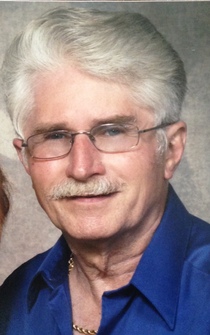 Richard D. Cason., age 76 of Farmersville, OH passed away Saturday, May 23, 2015 at Walnut Creek Nursing Center. He was born to the late Oscar and Dora (Reser) Cason in Dayton, OH,  a veteran of the US Army, and retired from GM-Harrison division after 30 years.  Richard volunteered for Farmersville Fire & Rescue for 6 years, and New Lebanon Fire & Rescue for 7 years.  He was a member of Farmersville F.&A.M., Scottish Rite Valley of Dayton, American Legion #322, Germantown Senior Center and a 50 year member of Trinity UCC, Dayton.  He enjoyed square dancing with the Wheeler Dealers, bowling, collecting license plates and playing cards.  Richard loved OSU, Cincinnati Reds, and Valley View Football.  He is survived by his wife of 54 years, Marcella Virginia (Dafler) Cason; 3 daughters Cynthia A. (Jonathan) Browning, Rita E. Back, and Sherilynn B. (Steve) Green; one son Richard D. Cason II; 5 grandchildren and 1 great granddaughter.  Funeral services will be Friday, May 29, 2015 at 1:00 PM at Arpp & Root Funeral Home, 29 N. Main St.  Germantown with Pastor Donnie Smith officiating.  Interment at Holp Cemetery next to Slifers Church in Farmersville.  Family will receive friends on Thursday from 6-8 PM with F.&A.M. services at 7:30PM.  In lieu of flowers the family requests donations be made to the Farmersville Fire & Rescue.

To order memorial trees or send flowers to the family in memory of Richard Cason, please visit our flower store.