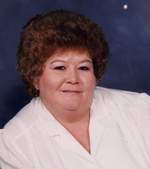 Hale, Patrisia L. age 65 of Carlisle, passed away Monday evening at Hillspring Health Center in Springboro. Patrisia was born in Lawton , Oklahoma, the daughter of the late Roy and Cora (Petty) Drennon. She was a lifetime member of the  Franklin V.F.W. and Miamisburg Eagles. In addition to her parents she was preceded in death by brothers Leroy Drennon and Johnny Drennon and a grandson Travis Blankenship. She is survived by her husband Robert Hale, son Chad Agnor of Texas, daughter Leveta Dulin  of Carlisle, numerous grandchildren with the oldest grandson being Dennis Blankenship  of Centerville; stepson Rob (Donna) Hale  of New Lebanon;  stepdaughters Carrie(Michael) Richardson of  Carlisle, and Bianca Hale  of Lebanon, brothers Troy (Betty) Drennon of Miamisburg and sister Margaret Hillard of Oklahoma, numerous nieces and nephews. Memorial service will be held 3:00 p.m. Thursday at the Christian Fellowship Church (Middletown Germantown Rd.) Pastor Bobby Reed officiating. Arrangements by Arpp & Root Funeral Home, Germantown. Online Condolences may be sent to the family at www.arpprootfh.com.


To order memorial trees or send flowers to the family in memory of Patrisia Hale, please visit our flower store.