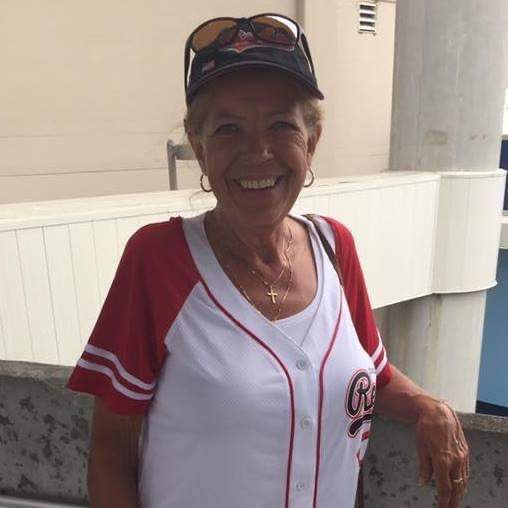 Pamela L Broadstock (Doolin), age 63, of Germantown OH, passed away on her birthday, April 26, 2022 after a challenging battle with breast cancer.

Pam was born on April 26th, 1959 to the late Melvin E. and Pauline M. (Blanton) Doolin. After graduating from Valley View high school in 1977, Pam followed in her fathers footsteps and went on to work at General Motors for the better part of two decades. Working at GM she met many lifelong friends, including Carl S. Broadstock, whom she later raised her only son, Austin Travis Broadstock, with.

Growing up, Pam wanted nothing more than to be a mother but was told she could not bear children, however this changed on May 22nd, 1993 when she had her first and only child, Austin Travis Broadstock. After Austin was born Pam devoted her life to being the best mother she could and raising him to the best of her abilities. The many people who knew and loved Pam, knew that Austin was her pride and joy (yet no one knows why because he dropped out of college 3 times and lives in a van down by the river) and she always supported him wholeheartedly through his questionable decisions.

Pam later retired to Holiday, Florida, to a small house on the water. She loved spending her days sitting on the back porch with her two pups, Omar and Lillie, either sipping a fresh cup of coffee or an ice cold beer, and listening to some Don Williams, or talking with friends on the phone. She loved to cook and clean, and was absolutely insistent that her house should remain spotless at all times in case anyone wanted to visit (a trait which Austin most definitely did not inherit), at which point she would eagerly greet them with open arms and a loving smile. Pam was without a doubt a homebody and did not like leaving her home, but more importantly, she did not like leaving her pups.

Along with per parents, Pam was preceded in death by her brother Melvin (Bub) Doolin, sister Sandra Harrison, and former spouse Carl Scott Broadstock. She is survived by her son Austin, her sister Patricia Farrell and numerous nieces and nephews that she loved dearly, along with her grandpup Ralph and extended family members and dear friends.

Funeral services will be held on Saturday, May 7th, 2022 at 10:00am at the Arpp, Root & Carter Funeral Home, 29 N Main St. Germantown, OH, burial immediately following at Germantown Union Cemetery. The family will receive friends at the funeral home on Friday, May 6th, 2022 from 6-8:00PM.

To order memorial trees or send flowers to the family in memory of Pamela Broadstock, please visit our flower store.