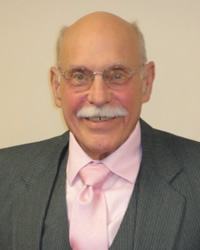 Lynn Edward Koogle, age 77 of Germantown passed away September 10, 2019 at Hospice of Butler and Warren Counties in Middletown, OH.  He was born October 29, 1941 to the late George Harlan Koogle and Florence (Kennel) Koogle.  Lynn was preceded in death by his sons Gary Lee (1967-1979) and Michael Craig (1966 - 1999). His wife of 54 years, Bonnie (Gunckel) survives him, along with daughter Kande (Ed Milano), grand children Gary (Brandi), Joshua (Sydney), Kaitlin and Abraham and daughter in law Angie Koogle.


Lynn was Homecoming King of his 1960 graduating class at the former Germantown High School, and a 36 year employee of General Motors. He lived a life of service to his family, church, community and country as a 1st Lieutenant in the United States Army (1962-1965), a two-term elder at First Church of God in Germantown, and a multi-term elected Council Member for the Village of Germantown. He coached his sons’ baseball teams and was a founding member of the The Valley View Baseball and Softball Enthusiast (VVBASE) association. Lynn was also former secretary for the local IOOF and a member of the American Legion.  Lynn was a gifted vocalist who used his heart and talents to worship his Lord, participate in Germantown Rescue Squad Musicals for numerous years, and bless friends and family, who often asked him to sing at their weddings and funerals. His legacy will be one of devotion, humor, wisdom and service.

Visitation with the family will take place Saturday, September 14, 2019 from 9:30am - 11:00am at First Church of God, 760 Farmersville Pike, Germantown, Ohio, with memorial services taking place immediately following at 11am. After a processional honoring his service, a luncheon will follow at the church.

To order memorial trees or send flowers to the family in memory of Lynn Koogle, please visit our flower store.