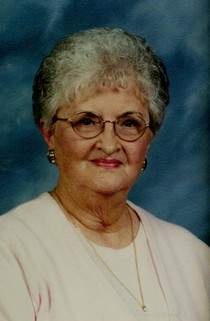 Bowers, Louise D., age 84 of New Lebanon passed away November 19, 2016.  Louise was born in Greenville, TN to the late Dane and Annie (Self) Brown and was a member of Trinity United Church of Christ in New Lebanon.  Along with her parents, she is preceded in death by her husband of 47 years, Austin Bowers, her son Kevin Bowers, infant great grandson Jacob Andrew Reinhart, and her brother John Brown.  She is survived by her son Michael (Janet) Bowers and daughter-in-law Cindi Bowers, 3 grandchildren Jeff (Shawnda) Bowers, Matt Bowers (Stephanie Langley), and Hollie (Scott) Reinhart, and 6 great grandchildren Troy and Taylor Bowers, Grayson Bowers, and Amie, Emilee, and Dylan Reinhart.  Funeral services will be Friday, November 25, 2016 at 11:00am at Trinity UCC, 1830 W Main St. New Lebanon with Pastor Bobbie Predmore officiating, burial immediately following at Fairview Cemetery in West Alexandria.  The family will receive friends prior to the service beginning at 9:30am.  In lieu of flowers donations can be made to Trinity UCC in memory of Louise.

To order memorial trees or send flowers to the family in memory of Louise Bowers, please visit our flower store.