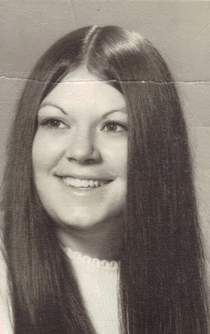 Loretta S. Walters,   age 59 of Germantown passed away unexpectedly on Thursday February 27, 2014. Loretta was born in Middletown, OH the daughter of the late Ernie and Frances Brewer. She was a graduate of Springboro High School and a member of Truth Tabernacle Apostolic Church. In addition to he parents she was preceded in death by a son Vernon Jerron Walters. She is survived by daughters Melanie and Kenneth Bledsoe of Farmersville, Stacey and Tony West of Germantown, brothers E. Dwayne Brewer, Stanley D. Brewer and Marvin R. Brewer, sisters Shirley F. Hampton, Violet Combs and LeFonda R. Miniard, 2 granddaughters and 7 grandsons. Funeral services will be held 2:00 p.m. Thursday March 6, 2014 at the Arpp & Root Funeral Home, Germantown, Rev. Daniel Hidlebaugh officiating. Interment Germantown Union Cemetery. The family will receive friends 6-8 p.m. Wednesday at the funeral home and 1:00 p.m. until the time of service Thursday at the funeral home. On line condolences may be sent to the family at www.arpprootfh.com.

To order memorial trees or send flowers to the family in memory of Loretta Walters, please visit our flower store.