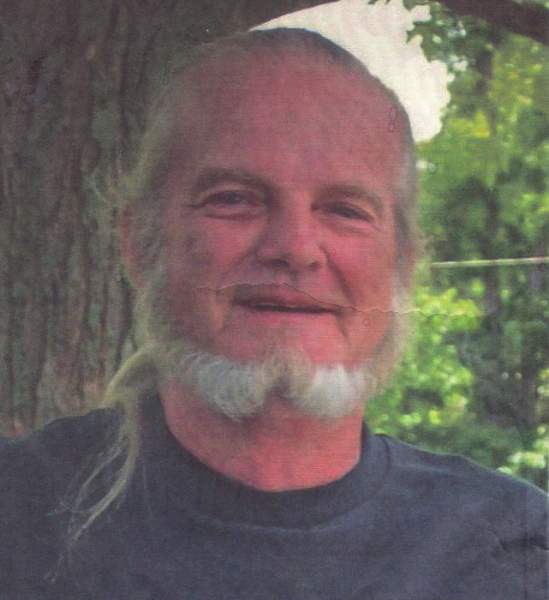 Ringler, Lawrence I, "ORF Dragon", age 69 of Farmersville, OH has departed this realm, slain, by small cell lung cancer, after a short battle on June 22, 2017.  He was born in Columbus, OH on March 13, 1948 to the late Irvin and Anne (Meyers) Ringler.  He graduated from the Walnut Ridge High School in Columbus, OH in 1966 and served as a United States Marine from 1966 to 1969.  Along with his parents, he was preceded in death by his brother Richard (Rick) Ringler and his sister Carol.  He is survived by his third wife, Juanite (Bourne) Ringler whom he met and married at the Ohio Renaissance Festival in 1996, where they both worked.  Along with his wife, he is survived by his son, Sir Lawrence "Tiny" Ringler, daughters Shannon L. (Rob) Hohenstein, and Secunda L. "Red" Stanton, and step-daughter Donna N. (Al) Clark.  His grandchildren, Heather, Asia, Aleaha, Chance, Savannah, step-grandson Shane, his sister Sandy Coffin, brother Irvin Ringler II, a very special niece Roxie (Perry) Lusk, and many other nephews and nieces.  Funeral Services will be held on Tuesday June 27, 2017 at 10:00 am with visitation one hour prior to the service at the Arpp & Root Funeral Home, 29 N Main St. Germantown, OH.  Interment immediately following at Bear Creek Cemetery in Trotwood.  The family will receive friends Monday June 26 fro 5-7 PM at the funeral home.  Larry loved his extended "family" from ORF and all the children he entertained with fondest memories of Drew, the little boy that ran away from the "Dragon".

To order memorial trees or send flowers to the family in memory of Lawrence Ringler, please visit our flower store.