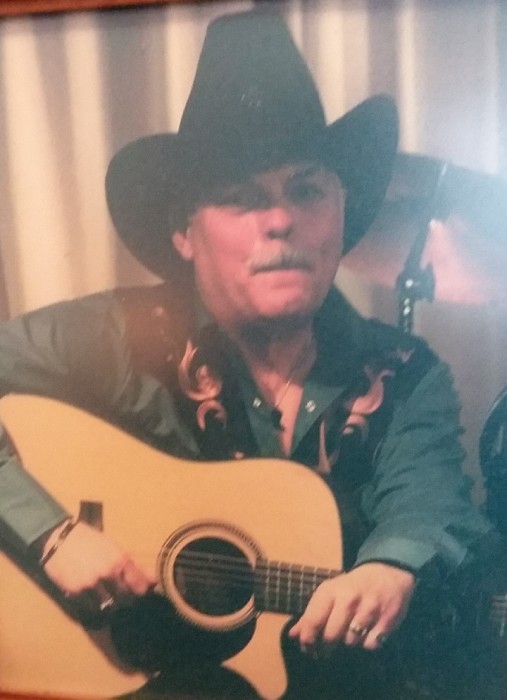 Eagle, Lawrence, age 70 of Eaton passed away on Saturday, March 17, 2019 at his residence. He was born in Dayton, OH to the late Donald and Evelyn (Benner) Eagle. Lawrence graduated from Farmersville High School in 1966, attended Sinclair Community College and Southern State, was a member of St. Andrews Lutheran Church in Farmersville, and the Eagles in Eaton, OH. Lawrence loved music and began singing and playing the guitar at the age of 10. He played the music at the high school sock hops as well as various events throughout his life. Along with his parents he was preceded in death by a brother Bobby Eagle. He is survived by his wife Judy (Wells) Eagle, his children Debbie Mick, Gary Wells, Melissa Alley, and Larry Eagle, his siblings Donald (Cynthia) Eagle, Darlene (Roger) Allen, and Brenda (Ed) Schwab, numerous grandchildren, great grandchildren and extended family. Funeral services will be held on Friday, March 22, 2019 at 12:00PM at the Arpp, Root & Carter Funeral Home, 29 N. Main St. Germantown, interment immediately following at Holp Cemetery in Farmersville. The family will receive friends on Thursday March 21, 2019 from 6:00-8:00PM at the funeral home.

To order memorial trees or send flowers to the family in memory of Lawrence Eagle, please visit our flower store.