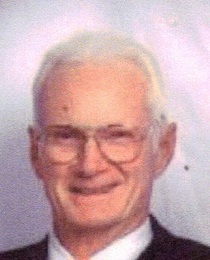 Boomershine, Larry L., age 80 of Farmersville passed away unexpectedly on June 25, 2016.  Larry was born in Dayton, OH to the late Chester and Esther (Marion) Boomershine and graduated from Farmersville High School in 1954.  Larry served in the National Guard, loved the outdoors, boating, camping, and water skiing.  After his retirement from GM Inland in 1991 as a tool and die maker, he pursued his love for the outdoors as well as using his skills as an incredible mechanic to fix about anything, including bodywork on cars, motorcycles, and his Cushman motor scooter which he enjoyed riding every chance he got.  Larry was a lifelong member of Slifer's Presbyterian Church where he was an elder and sang in the choir.  Larry never met a stranger and was always willing to help out in the community and at church.  Larry is survived by his wife of 61 years Joyce (Penrod) Boomershine, his son Bradley L. (Debby) Boomershine, his daughters Amy (Mark) Cline, and Annette (Randy) Dwire, his sister Marion Lee (Eugene) Hogg, 4 grandchildren Justin (Stacy) Cline, Zachary (Lindsey) Cline, Hillary (Steven) Dursch, and Heather Dwire, and 4 great grandchildren, Ethan, Greyson, Lila, and Piper Cline.  There will be a memorial service on Thursday, June 30, 2016 at Slifer's Presbyterian Church, 2999 S. Clayton Rd. Farmersville at 11:00am with Pastor Angie Schenck officiating.  The family will receive friends on Wednesday June 29, 2016 from 6-8 PM at the Arpp & Root Funeral Home 29 N. Main St. in downtown historic Germantown.  In lieu of flowers the family requests donations be made to Farmersville Fire and Rescue, JDRF, Slifer's Church, or the charity of your choice.

To order memorial trees or send flowers to the family in memory of Larry Boomershine, please visit our flower store.