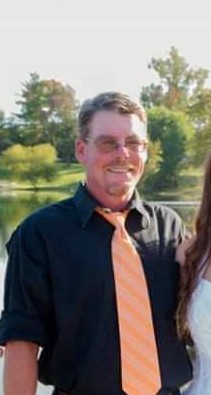 Joseph "Ed" Edward Tirey II, age 44, of New Paris OH passed away after a brief illness on July 29th, 2019 at Kettering Hospital in Dayton Ohio. Ed was born September 5th, 1974 to Bertha Hounshell and the late Joseph "Joe" Tirey both from Germantown Ohio. Ed was a 1993 graduate of Preble Shawnee High School and Miami Valley CTC where he was an auto body student. He worked several years as a welder before switching career paths and working in excavating. He had a great love for the outdoors that included fishing, hunting, cars and rock and roll. He loved going to outside events, meeting new people and no one was ever a stranger to him.
Ed is survived by his maternal grandmother, Dorothy Fleming of Germantown, his mother Bertha Hounshell of Germantown, sister Angela (Andrew) Rogers of Eaton, sister Kimberly (Mike) Meyer of Gratis and family, sister Dayna VanCleave and family of Mississippi, brother Joel (Tiffany) Tirey and family of Kiln, Mississippi and sister Rosa Tirey and family of Gulfport, Mississippi. Also his daughter Tina (Brent) Plantz of New Paris, sons Matthew Tirey, Daniel Tirey, Ryan Tirey and Luke Tirey of New Paris, grandchildren Brently and Waylon Plantz of New Paris, nieces that he was a father figure for Antasia Hounshell and her daughter Harper Weller, Jami Hounshell all from Camden and Gretah Hounshell of Eaton, also his uncle's Stephan Tirey and Scott Halsey both of Germantown and David Tirey. He was preceded in death by the love of his life Andrea Gustin whom we know was waiting to welcome him with open arms. Also his father Joesph "Joe" Tirey, uncle's Henry "Everett" Hounshell, Donald Hounshell and aunt Devonna Myers and grandpa Seldon Hounshell, as well as grandpa Ed Tirey, grandma Marian Halsey and step uncle William E. "Bill" Halsey. Ed was very much loved and will be sorely be missed by all that knew him. Funeral services will be held at the Arpp, Root & Carter Funeral Home, 29 N Main St. Germantown, OH on Friday, August 2, 2019 at 1:00PM with Pastor Gary Wood officiating, interment immediately following at Germantown Union Cemetery. The family will receive friends prior to the service beginning at 11:00AM
To order memorial trees or send flowers to the family in memory of Joseph Tirey, please visit our flower store.