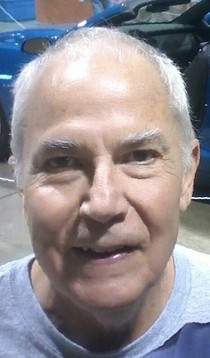 John Paul Ludy age 69, a lifetime resident of Farmersville passed away peacefully at his home on December 22,2016.  John was born to the late Paul E Ludy and Helen Jean Ludy (Gerrard). He was retired from AVI as a designer.  Along with his parents he was also preceded in death by a brother David Alan Ludy. John is survived by his wife Linda and children Jill (Brenda), Gretchen (Sheven) and his 4 grandchildren.  Also survived by his sister Ann Ludy Muller (Walter), niece Allyson Davis (Wally), Nephew Jameson Muller (Amy) and his seven great nieces and nephews.  We would like to thank Hospice of Dayton for their care and thoughtfulness. On line condolences can be sent to www.arpprootfh.com.   If so desired contributions may be made to C.A.M.P 39 N. Broadway St, Farmersville, OH  45325  in Johns memory.

To order memorial trees or send flowers to the family in memory of John Ludy, please visit our flower store.