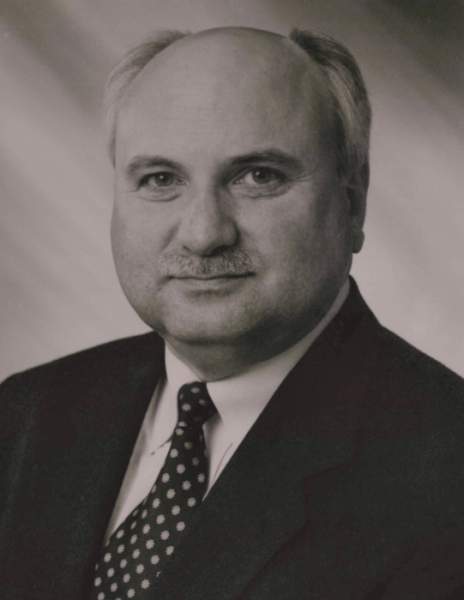 John Terry Baker, age 70 of White Oak Township, Highland County, Ohio and formerly of Germantown, Ohio died Friday, January 12, 2018 at the Hospice of Hope Inpatient Care Center at Adams County Regional Medical Center in Seaman, Ohio. Mr. Baker was a member and past treasurer at the Peace Lutheran Church in Arnheim, Ohio where he was currently a Stephen Leader and Minister. He was formerly a member of Emanuel’s Evangelical Lutheran Church in Germantown, Ohio.  He was currently the Chairman of the Board for the Southern Highland Joint Fire District (SHJFD).  He was a former member of the Highland County Planning Commission and an auditor for the Brown County Library Board. He was formerly the Chairman, President and CEO of GF Bancorp, Inc. and its wholly owned subsidiary, Germantown Federal Savings Bank. He successfully managed the bank for thirty years. After his retirement from the bank he was a licensed insurance agent and investment advisor working with his wife at Baker & Associates Agency in Miamisburg, Ohio for four years before retiring again to their farm near Sardinia, Ohio. He was a leader in the Germantown community having served as a director, President or Chairman of the following organizations or commissions: Germantown Rotary Club, Germantown Chamber of Commerce, Germantown Historical Society, Germantown Pool Board, Germantown Planning Commission, Germantown Development Corporation and Germantown Financial Services, Inc. He was one of the original members of the Germantown Pretzel Festival Committee and served as its treasurer for twenty years. He was a Trustee of the Samuel Lindenmuth Trust and the K of P Scholarship fund. He was Past Noble Grand of Friendship Lodge # 21 IOOF and Past Chief Patriarch of Germantown Encampment # 64. He was also a Past Master of Germantown Lodge # 257 F&AM, Royal Arch Masons, Scottish Rite and Antioch Shrine. He also served as a trustee of the Germantown Masonic Temple Association. From 1983 – 1986 he was listed in Marquis Who’s Who in Finance and Industry. He also served on various financial industry local, state and national boards and committees including the Advisory Board of Automatic Data Processing, Cincinnati, Ohio. He was a Trustee of the Ohio League Trust for Employee Benefits that provided health insurance to one hundred fifty banks in Ohio and West Virginia. He was a 1965 graduate of Germantown High School and he attended Otterbein College and Miami University – Middletown and graduated from Sinclair Community College, The Ohio Savings and Loan Academy, Ohio State University Financial Management Series and the Institute of Financial Education, Chicago, Illinois. He was an avid conservationist and sportsman, especially enjoying hunting big game, waterfowl and upland birds with his Springer Rocky and best friend, David Izor. He was born February 22, 1947 in Middletown, Ohio the son of John Robert Baker of Germantown, Ohio and the late Amy Ruth (Creech) Baker.

Following cremation, a Memorial Service will be held at 6:00 P.M. Friday, January 19, 2018 at the Peace Lutheran Church, 10581 Dayhill Arnheim Road, Arnheim, Ohio under the direction of the Cahall Funeral Home in Mt. Orab, Ohio. Rev. Tim Swanson will officiate. Visitation will be from 4:00 P.M. – 6:00 P.M. Friday at the Church.

To order memorial trees or send flowers to the family in memory of John Baker, please visit our flower store.