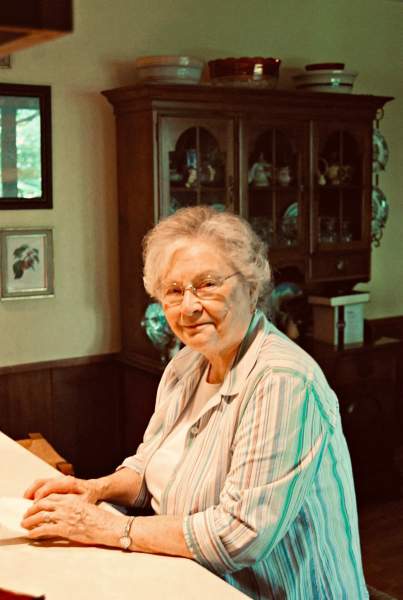 Joann E. Kratzer Reason passed away on May 31, 2022 at Stoney Ridge Retirement Home. She was born in Dayton, OH to the late Loren and Wilhelmina Kratzer, graduated from Germantown High School class of 1947 and married her late husband Robert E. Reason on July 17, 1948. Joann was a wife to her late husband, a devoted mother to daughter, Robin Reason Boyer (Edward) and son, Kurt Robert Reason (Darla). Loving grandma to Ryan Robert Boyer (Karen), Haley Boyer Kozuszek (Justin), Katie Reason Lancaster (Kevin), and Kenton Robert Reason (Morgan), great grandchildren Evan Baldwin, Presley Kozuszek and Mila Lancaster. Along with her parents and her husband Bob, she was also preceded in death by her sisters Jean Kratzer Shockley and Joyce Kratzer Hill. Joann was an organist for the Evangelical United Brethren Church for many years and taught piano to many Germantown children throughout the 50's and early 60's. She worked at the First National Bank of Germantown and was also a photographer for the Germantown Press and spent 12 years on the Valley View School Board, serving as President of the Board for 4 of those years. Joann and her husband Bob spent their weekends and retirement years at Indian Lake and she was a member of St. John's United Church of Christ. There will be a graveside service on Thursday, June 9th, 2022 at 10:00am at the Germantown Union Cemetery with Pastor Gary Wheeler officiating.

To order memorial trees or send flowers to the family in memory of Joann Reason, please visit our flower store.