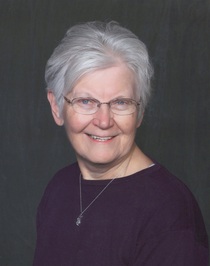 Jacobs, Jo Ann, age 83 of Germantown passed away peacefully on April 29, 2017 at Hospice of Dayton.  She was born to the late Kenneth and Daisy (Lemere) Will in Glenco, MN, was a member of Kettering United Methodist Church, and retired from Kettering Medical Center where she was the Director of Volunteers for over 25 years.  Jo Ann was dedicated to her work and loved her co-workers and the volunteers, in her spare time she enjoyed music and line dancing with the Rambling Roses.  She also liked learning about her ancestry, traveling around the world and spending time with her grandchildren.  Along with her parents she was preceded in death by her husband Floyd in 2014 and her sister Bonnie Guthrie.  She is survived by her children Jana (Mike) Malone, Jennifer (Bob) Springer, and Jon (Linda) Jacobs; her grandchildren Jason Springer, Jeremy (Jenn) Springer, Jenna (Scott) Norris, Ali and Greg Malone; and Gage and Gabriela Jacobs.  Funeral Services will be held on Friday May 5, 2017 at 12:00pm Arpp & Root Funeral Home, 29 N Main St., Germantown with Pastor Barry DeShetler officiating, interment immediate following at Springboro Cemetery.  The family will receive friends prior to the service beginning at 10:30am.  Online condolences can be made at www.arpprootfh.com.

To order memorial trees or send flowers to the family in memory of Jo Jacobs, please visit our flower store.