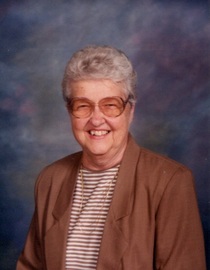 Stiver, Jeanine, age 87 of Germantown passed away November 27, 2016 at Hospice of Butler and Warren Counties.  She was born to the late Hiram and Edna (Schoonover) Chamberlain in West Carrollton, OH.  Jeanine was a graduate of Germantown High School, class of 1947, a member of the Germantown United Methodist Church for 74 years where she was also the choir director for 47 years.  She worked for Payne Corporation and then retired from Valley View Schools where she worked as the school secretary for almost 30 years.  Jeanine loved music and enjoyed composing and directing the Germantown Musical from 1968 to 1994, she was Mrs. Germantown during the July 4th celebration in 1973 and in 1989 she was honored as the Grand Marshall for Valley View Homecoming.  She is survived by her husband of 69 years, Dean Stiver, 4 sons Michael (Cindy), Randy (Julie), Jeffrey (Debbie), and Daniel (Julie), 10 grandchildren, and 7 great grandchildren.  Funeral Services will be held on Friday, December 2 at 10:30 AM at the Germantown United Methodist Church, 525 Farmersville Germantown Pk, Germantown with Pastor Gary Wheeler officiating.  Burial immediately following at Germantown Union Cemetery.  The family will receive friends at the church on Thursday December 1, 2016 from 5-8PM and also prior to the service on Friday beginning at 9:30.  In lieu of flowers, donations can be made to the church music department in memory of Jeanine.

To order memorial trees or send flowers to the family in memory of Jeanine Stiver, please visit our flower store.