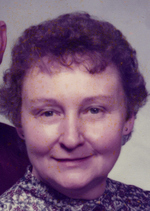 Kurtz, (Janell) Arlene, age 85 of Otterbein Home, formerly of Farmersville passed away Tuesday January 3, 2012. She was a graduate of Miami Valley Hospital where she received her nursing degree. Arlene and her husband Jerry were founders of Jerry’s Meat Market in Farmersville. She was a charter member of the Farmersville Fire Department Ladies Auxiliary. She was preceded in death by her husband Jerry (Butch) 1994,  daughter Deborah 1979 and a sister Carolyn Cole. She is survived by 2 daughters and sons in law, Donna and Bill Woodard of California; Sue and Rodney Byers, of Farmersville;  son and daughter in law Mike and Holly Kurtz of Farmersville and sister Phyllis (Melvin) Strickland of Farmersville; 8 grandchildren and 6 great grandchildren, her dear friends at the Otterbein Home. Funeral services will be held at the convenience of the family. Rev. Jim Ludwick and Pastor Patty Matthews officiating. Burial Preble Memory Gardens. The family suggest if desired in lieu of flowers contributions may be made to the "Otterbein Lebanon United Methodist
Church".  or Farmersville Fire Dept. Arrangements by Arpp & Root Funeral Home, Germantown. Online condolences may be sent to the family at www.arpprootfh.com.

To order memorial trees or send flowers to the family in memory of Janell Kurtz, please visit our flower store.