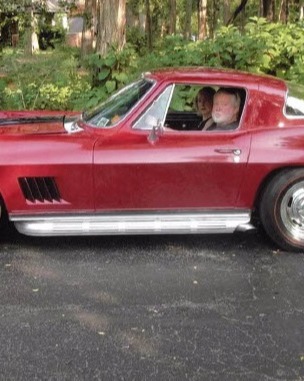 Hand delivered by a local florist

Harold E. Melampy, age 73 of Germantown, OH passed away peacefully on December 23, 2022 at Hospice of Butler and Warren Counties after a brief illness. He was born in Cleveland, OH to the late Bill and Evelyn (Poindexter) Melampy and graduated from Germantown High School, class of 1967. Harold retired from OEM Sales in Dayton, enjoyed boating, and loved Ohio State football. He was also a member of the Germantown Eagles and enjoyed spending time there with his friends and having a beer with his buddy, Joe. Along with his parents, he was preceded in death by his son Brian Melampy and 3 brothers. He is survived by his wife of 52 years, Sue (Spurlock) Melampy, his sister Phyllis Carpenter, and numerous extended family members and dear friends. In lieu of flowers, please consider donations to the family to assist with medical expenses. Services will be private.

To order memorial trees or send flowers to the family in memory of Harold Melampy, please visit our flower store.