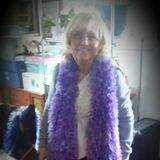 Davenport, Gloria M., age 70 of Miamisburg passed away peacefully at Kettering Medical Center on January 3, 2022. She was born in Dayton, OH to the late Jerry and Velma (Hodge) Garland and graduated from Miamisburg High School. Gloria went on to graduate with her Associates degree from Sinclair Community College and then her Bachelors degree from Wright State University. Before retiring, Gloria was a Social Worker at Hospice of Dayton. She enjoyed arts and crafts, especially painting ceramics, and loved meeting up with a group of ladies known as the Angel's Group. Along with her parents, she was preceded in death by 1 brother and 1 sister. Gloria is survived by her daughter Amber (David) Lynch and grandchildren Jacob Holbrook, Faith Siler, and Ryder Lynch, also by her grandchildren Paul Jr., and Gracie Davenport and their father Paul Sr., Natalie and Tanner Arnwine and their father Grey Arnwine, Monica Greene and Ma'Kayla Toohey and their mother Jessica Greene, and 1 sister, as well as numerous extended family members and dear friends. Services will be private.

To order memorial trees or send flowers to the family in memory of Gloria M Davenport, please visit our flower store.