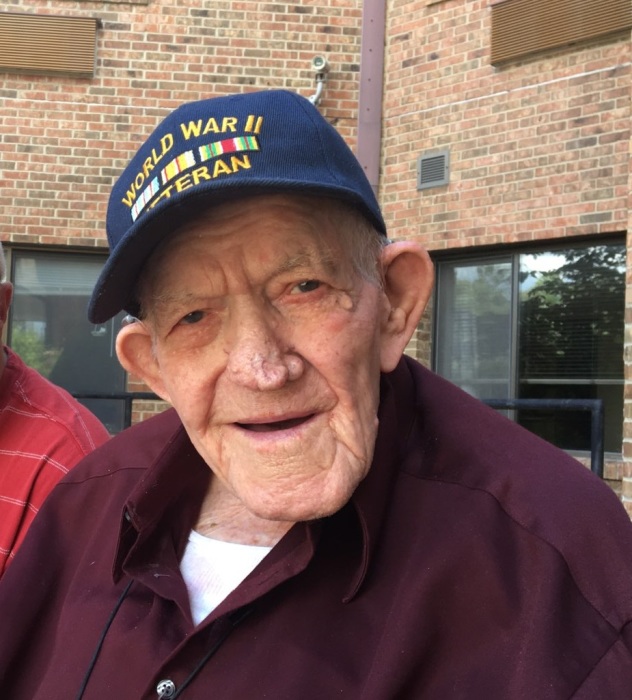 Shock, Gerald F. "Dutch", age 96 of Miamisburg passed away November 22, 2017.  He was born to the late Pleasant and Estella (Brown) Shock in Farmersville, Oh, attended Germantown High School, and served in the US Army Air Corps during WWII.  Dutch was a member of Carpenter's House Baptist Church.  He enjoyed working with the Bus Ministry while at First Baptist Church in Germantown.  After retiring from the Dupps Co. in Germantown, he enjoyed woodworking and spending time with his family.  Along with his parents he was preceded in death by his wife Evelyn in 2016, his brother Emerson Shock, and sisters Vernice Hale and Geneva Bowers.  He is survived by his daughter Karen (Charles) Martin, his son Gerald (Carol) Shock, grandchildren Carl (Tami) Martin, David (Katrina) Shock, and Jeremy (Kelly) Shock, and 7 great grandchildren. The family would like to thank the staff at Sycamore Glen and Hospice of Dayton for their wonderful help and care.  Funeral services will be held Tuesday, November 28, 2017 at 11:00am at the Arpp & Root Funeral Home, 29 N Main St. Germantown with Pastor Roger Green officiating.  Interment immediately following at Germantown Union Cemetery.  The family will receive friends prior to the service beginning at 10:00am.

To order memorial trees or send flowers to the family in memory of Gerald Shock, please visit our flower store.