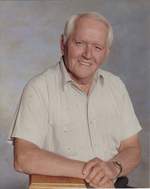 LAWSON, Gene. age 82, of Germantown went home to be with the Lord Monday September 26, 2011 at his residence. He was born January 8, 1929 in Middletown, OH to the late Lafe and Anna (Cox) Lawson. Gene was retired from Dayton Press and was a farmer in the Germantown area, In addition to his parents he was preceded in death by his wife Nellie F. Lawson. He was a member of Abundant Life Tabernacle. He is survived by daughters Connie J. Lawson, Dutch Ayers, Rachel (Lawrence) Mullins, Gail Brate, Gretchen (David) Coffey, Sue (Eric) Moseley and her twin brother, Scott Lawson, sons Jason (Elaine) Lawson, Galen W. Lawson; brothers Paul Lawson and Bill Lawson 17 grandchildren and 13 great grandchildren. Gene will be sadly missed by ail of his family and friends. Funeral services will be held 1:00 p.m. Friday September 30, 2011 at the Abundant Life Tabernacle 9440 Eby Rd. Germantown. Pastor James A. Setser officiating. Burial will be in Woodside Cemetery in Middletown. The family will receive friends 5-8 p.m. Thursday at the Church. In lieu of flowers the family requests that donations be made Abundant Life Missions International. Online condolences may be sent to the family at www.arpprootfh.com. Arrangements by Arpp &. Root Funeral Home Germantown.

To order memorial trees or send flowers to the family in memory of Gene Lawson, please visit our flower store.