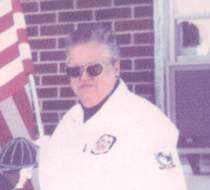 Evon Marie (Kidwell) Colucci went to be with the Lord on July 7, 2015.  After a long illness, she passed away at home with family at her bedside.  She was born in Middletown, OH to the late Roy and Elizabeth Kidwell. Until her illness Evon and her husband Bob ran the Montgomery Rehab and Rescue helping numerous fire departments and police departments in the area.  She was a long time Avon Rep., an avid animal lover and was always taking and helping rehome unwanted or stray animals.  She was involved with many motorcycle clubs helping with poker runs to raise money for those in need.  In addition to her parents she was preceded in death by her sister Joann McCoy, two brothers Roy and William Kidwell and a Grandson Lloyd Wesley (bubby) Caddell, and a niece Sheila McCoy.  She is survived by her loving husband of 58 years Robert E. Colucci, two daughters Terry (Nathan) Caddell,  and Annetta Colucci, four granddaughters Amanda (Doug) Puderbaugh,  Holly (Brian) Moore,  Mary Edds, and Jessica (David) Jarvis, four great grandchildren Avery Puderbaugh, Brayden Moore, Colton Moore, and Madelyn Edds, one sister Phyllis Kidwell and numerous nieces and nephews.  Evon was a very loving woman that will be missed by all. A memorial service will be held on Sunday, July 19th at 2:00 PM at St. Andrews Lutheran Church in Farmersville.

To order memorial trees or send flowers to the family in memory of Evon Colucci, please visit our flower store.