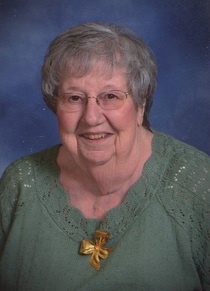 Lawson, Emma C, age 94 of Farmersville passed away February 28, 2017.  She was born to the late Thomas and Mary (Kinsey) Kain, was a lifelong member of Farmersville United Methodist Church and had been a resident of Otterbein Home in Lebanon since January, 2000.  Along with her parents, she was preceded in death by her husband Robert in 1975, grandchildren Andrew and Susan Boyer, brothers Delbert and Duward Kain, and sisters Nellie Kain and Glenna Oldfather.  She is survived by her daughter Lois (Richard) Boyer, grandchildren Catherine Knapp and Timothy (Beth) Boyer, great grandchildren Blake and Cameron Knapp, and nieces Shirley Suman, Karen Gavitt, and Marilyn (Frank) Ledford.  Funeral services will be Friday, March 3, 2017 at 12:00PM at the Arpp & Root Funeral Home, 29 N Main St. Germantown, with Pastor Susan Hartman officiating, interment immediately following at Germantown Union Cemetery.  The family will receive friends prior to the service beginning at 11:00.

To order memorial trees or send flowers to the family in memory of Emma Lawson, please visit our flower store.