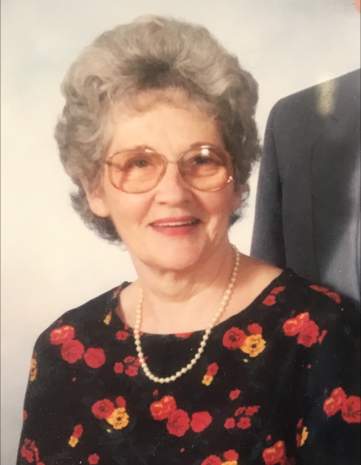 Mcintosh, Doris E., age 86 of Germantown passed away August 18, 2017 at her home. She was born in Rockford, OH to the late Norville and Nora (Lee) Proffitt. she was a member of the Germantown United Methodist Church, the Germantown Senior Citizens, and enjoyed camping and bowling. Along with her parents she was also preceded in death by her beloved husband, James "Bill" McIntosh in 2007, and her sister Janet (Janie) Neal. She is survived by her sons James D. (Geraldine) McIntosh of Middletown, and Richard W. (Sonya) McIntosh of Germantown, also her brothers Paul "Bud" and Danny Proffitt, 3 grandchildren Hannah, Kerri and Jason, 7 great grandchildren and 1 great great grandson. Funeral services will be held on Tuesday, August 22, 2017 at 2:00 PM at the ARPP & ROOT FUNERAL HOME, 29 N Main St. in downtown historic Germantown with Pastor Gary Wheeler officiating. Interment immediately following at Germantown Union Cemetery. The family will receive friends prior to the service beginning at 12:00PM. In lieu of flowers, the family asks that donations be made to the Germantown United Methodist Church, 525 Farmersville Pike, Germantown OH 45327.

To order memorial trees or send flowers to the family in memory of Doris McIntosh, please visit our flower store.