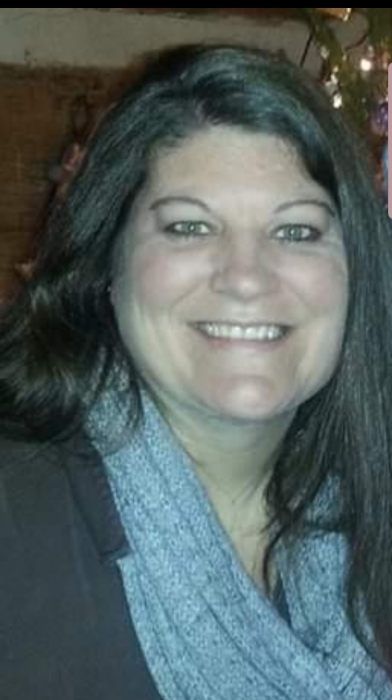 Dawn Renee Ward, age 42 of Farmersville passed away unexpectedly July 13, 2019.  Dawn was born February 24, 1977 to Russell and Deborah  Swartz of Germantown and graduated from Valley View High School in 1995.  She had one sister, Nickie, whom she loved dearly.  Dawn shared a deep love for fall and Christmas and looked forward to doing things with her sister during those times.  Dawn met her best friend and soulmate Mitchell Ward right out of high school through her dear friend Brian Ward, Mitch's brother, and they married April 8, 2000 and raised two beautiful daughters together over the years.  Dawn was an exceptional mother.  Her two girls, Maddison and Makenzie, were her entire world.  She loved laughing and hanging out with Maddee and going on special dates together as they both shared a love for musicals.  Dawn could always be heard in the stands during Kenzie's basketball games, cheering her on with so much pride and joy.  She was truly Kenzie's biggest cheerleader.  She loved and protected her family with her entire being. That was her biggest priority.  Dawn was an outstanding cook and baker.  She was well known around town with the kids and her family for her freshly baked goodies she would bake up daily and share for all to enjoy.  Dawn was an amazing supporter of all her nieces and nephews and loved them with with her whole heart.  Dawn is preceded in death by her Grandfather Russell Swartz and Grandmothers Janet Swartz ad Mabel Hart and her Uncle Tim Hart.  Dawn is survived by her husband, Mitch Ward and daughters Maddison and Makenzie Ward, parents Russell and Deborah (Hart) Swartz, her sister Nickie (Rob) Towery, beloved in-laws Ed and Beth Ward, brother-in-law Brian (Melissa) Ward, brother-in-law Jay Ward, nephews Jakob Nichols and Brian Ward, nieces Kaylee Ward, Ashley Ward, Monica and Bailey Towery, Audrey Ward and Scarlett  Holp.   The family will receive friends from 4-6 p.m Tuesday July 23, at the Farmersville United Methodist Church, 110 W. Center Street, Farmersville.  A funeral service will follow at 6:30 p.m., Rev. Brian Thie officiating.  Arrangement handled by Arpp, Root & Carter Funeral Home, Germantown.
The family requests in lieu of flowers, donations be made to the Dawn Ward Family memorial fund that has been set up at First National Bank of Germantown.

To order memorial trees or send flowers to the family in memory of Dawn Ward, please visit our flower store.