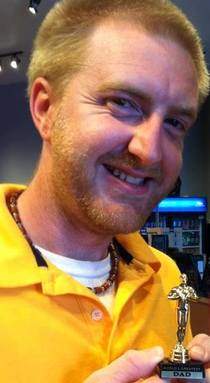 Brandon Bell, formerly of Miamisburg, OH passed away on Wednesday October 21, 2015 at the age of 29.  He was preceded in death by his grandfathers Carson Owens, Jesse Sanger, and Dan Bell, his uncle Tony Bell, and his cousin Leigh Mooney.  He is survived by his mother Lori Kalbfleisch, step-father Ron, father Patrick Bell , step-mother Chrissy, brother Cody Kalbfleisch, son Ezekiel York, maternal grandmother Judi Owens, paternal grandmother Louise Sanger, step-grandparents Ron and Colleen Kalbfleisch, and a host of aunts, uncles, cousins, and dear friends.  A memorial service will be held on Sunday, October 25, 2015 at 5:00pm at the Arpp & Root Funeral Home, 29 N. Main St. Germantown, OH.  The family will receive friends prior to the service beginning at 3:00.   In lieu of flowers, the family requests donations be made to Shoes for the Shoeless, P.O, Box 41655, Dayton, OH  45441.

To order memorial trees or send flowers to the family in memory of Brandon Bell, please visit our flower store.