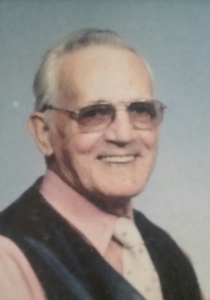 Mann, Bernard, age 94 of Germantown OH passed way Friday September 11, 2015.  He was born to the late Luther and Estella (Baker) Mann in Ronceverte, WV.  Bernard was a WWII Army Veteran and served in the Pacific Theater, a member of the Miamisburg American Legion, and retired from Inland in 1978.  In addition to his parents, he was preceded in death by 3 brothers and 4 sisters.  He is survived by his wife of 69 years, Amy, 3 sons Bernard R., Dennis (Alletta), and Rick Mann; 3 daughters Joyce Gardner, Patricia Morton, and Estella Campbell, 13 grandchildren, and 11 great grandchildren.  Graveside services will be held Friday, September 18, 2015 at Germantown Union Cemetery with Reverend James Swartzel officiating.  In lieu of flowers, the family requests donations be made to Hospice of Butler and Warren Counties.

To order memorial trees or send flowers to the family in memory of Bernard Mann, please visit our flower store.