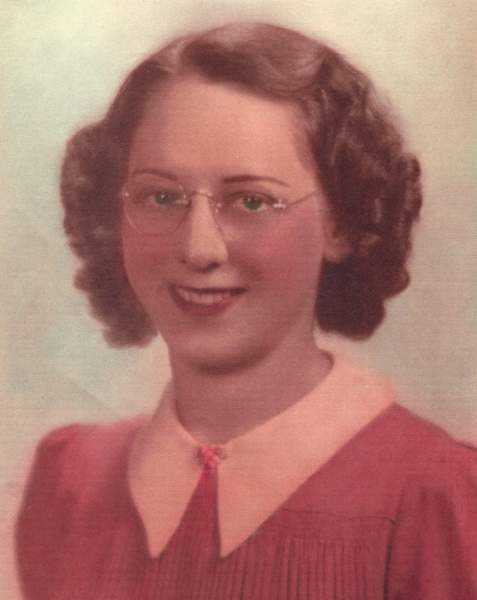 Bourne, Alma Macil (Clevenger), age 100, passed away November 4, 2017 in Germantown, OH surrounded by her loving family.  She was born July 20, 1917 in Ivydale, WV to the late Hiram and Martha (Dobbins) Clevenger.  Along with her parents she is preceded in death by her husband Raymond, her oldest son Norman and his wife Margie who she claimed as a daughter.  7 brothers, 3 sisters, Dorsie, Raymond, Arkie, Catherine, Lester, Corley, Floda, Chlora, Clacy, and Robert Jr.  She is survived by her sons Raymond A. Bourne, Jr. of Springboro, OH, Harry L. (Janet) Bourne of Oakwood, OH, Donald W. Bourne of Germantown, OH, and her daughter Juanita I. Ringler of Farmersville, OH.  She is also survived by 11 grandchildren (Sigi, Horst, Lee, Tony, Jenny, Sarah, Erin, Josh, Brian, Doug, and Nicki) and 17 great-grandchildren whom she loved very dearly.

Alma graduated from Glenville High School in West Virginia in 1942, where she studied journalism and liked to play tennis.  She moved to Dayton, OH and worked at Inland Manufacturing Co. where she met Raymond, her future husband.  She was an avid equestrian and often, after work, she would ride horses with her friends.  Raymond was persistent, and in 1944 they were married and had 5 children.  They started their own business in Farmersville, OH known as "Bourne's Auto Upholstery".  After Raymond died, she continued the auto upholstery business until she retired.  In 1979 Alma was named "Business Woman of the Year" by the University of Dayton, she was internationally known for her excellence of work and had numerous articles written about her and her upholstery business in magazines and newspapers.

Funeral services will be held at 11:00AM, Thursday, November 9, 2017 at the Arpp & Root Funeral Home, 29 N Main St. Germantown, OH with interment immediately following at Bear Creek Cemetery on N. Union Rd. in Trotwood.  The family will receive friends prior to the service beginning at 10:00AM.

To order memorial trees or send flowers to the family in memory of Alma Bourne, please visit our flower store.